Yes I confess. Although I’ve been happily married to my Hero-at-Home for 37 years I have let another man into my heart. I couldn’t help it. It seemed innocent enough at first but before I knew it I was in the middle of something beyond my control. But please don’t judge me; not until you read all the facts.

Although he’d caught my eye at that stage I just thought of Patrick as a sweet young man, nothing more. Honest! I probably would have let him sail away and thought no more of him if it hadn’t been for my then editor the lovely Sara O’Keeffe who asked me to make him the hero in my second book A Glimpse of Happiness. That, dear reader, was when the die was cast and my fate sealed. 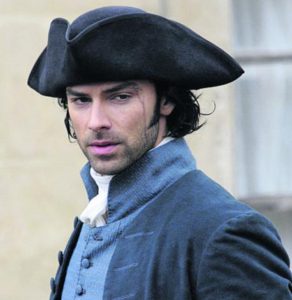 n 1844 twelve years later, instead of a young man who sailed away in No Cure for Love, with just a hint of his first beard Patrick Nolan walked back into my life a fully grown man of twenty eight. He still had those Irish green eyes to die for and the mass of grand curly hair as Josie O’Casey once described it but now he was even taller, broad-shouldered and muscular. I didn’t stand a chance, did I?

But I don’t want you to get the impression that it was only his good-looks that captivated me all over again. It was the way he loved and cared for his children, stood up to the evil Ma Tugman and her murderous gang. Of course he married Josie in the end but I didn’t mind. I invented her too, and like all my heroines she’s really me so I could live with that.

I should have left it there and walked away, I know, but as my third book’s heroine was Patrick widowed sister Mattie Maguire and there was no question that he would have a lead role in Perhaps Tomorrow. He’d moved on in four years and now in 1848 he was running his own barges on the Thames and he and Josie had added to their family but he was still ‘my’ Patrick. Handsome, honest and brave and anyone who doubts that should see how he dealt with Freddie Ellis. I have to say he had a bit of a run for his money in the hero stakes and a rival for my affection in Nathaniel Tate but in the end we had such a history together Patrick and me that there was never any real danger I’d let him go.

He returned in my last Victorian saga Hold on to Hope in 1854 as the silent partner to his sister Kate Ellis’s eating house business on the Highway. He was very much still in love with his wife and very much the head of the Nolan family. Although now a mature man in his mid-forties with a few streaks of grey amongst his coal-black curls, he was still my Patrick. He proved that by teaming up with Captain Jonathan Quinn and dashing across the rooftops of Spitalfields rookery to rescue Kate’s son from the clutches of her criminal husband.

Sadly, for my next series of books based around Millie Sullivan, a district nurse and midwife in the St George’s and St Dunstan’s Nursing Association East London I had to say good bye to Patrick and leave his world behind and move forward over ninety years to VE day 1945.

Perhaps I should have taken the opportunity and cherishing the years of affection Patrick and I shared and made a clean break of it. You know, be cruel to be kind, and walk away but I couldn’t, I just couldn’t. The thought of him lying in a grave somewhere – albeit an imaginary one- was too much for me to bear so I brought him back in Call Nurse Millie as his own great grandson Alex Nolan, right down to his green flashing eyes and curly black hair. Believe, me dear reader, I just couldn’t help myself. 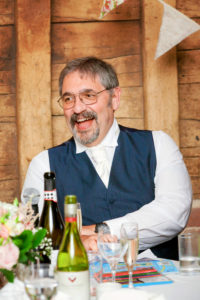 Now I know what you’re thinking. How does that poor long-suffering husband of hers put up with such infidelity, albeit imaginary? Well, dear readers, in case you haven’t realised yet, the reason my husband is happy to share me with a man I’ve conjured up out of my imagination is that other than not having green eyes and any Irish ancestry Patrick Nolan bears an uncanny likeness, in all things, to my very own Hero-at-Home.

8 Responses to Vicar’s wife confesses a twelve year infatuation with a younger man.