The Not So Heroic Blitz Spirit 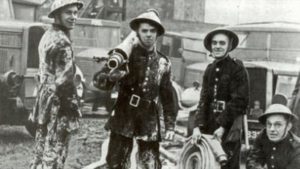 There are a number of WW2 stories, like the valiant pilots in the battle of Britain, the small Island standing alone against a deadly aggressor and the indominable spirit of ordinary people who didn’t let the blitz break their resolve to see it through to the end, that, quite rightly fill you with pride. However, there are some stories which do the very opposite.

I heard it said once that to survive the deprivation of WW2 even the most upstanding citizen dabbled in the black market. Even if that is true, I think there’s a great deal of difference between getting a few extra eggs or an orange for their children to the widespread looting, burglary and even murder that went on under the cover of the blackout. 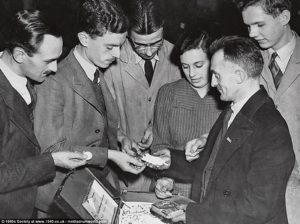 It’s hard to imaging as we look back over seventy years that although for the vast majority of people the outbreak of war was the nations fight against fascist tyranny, a small minority saw it as a golden opportunity to line their own pockets.

Wally Thompson, an harden criminal, called the nightly blackout blitz ‘the best ally London Crooks ever had’. Billy Hill, who was known as the king of the London underworld, called them‘…roaring days. Money was easy, the villains were well-loaded. With dough and were busy. Either earning it or spending it.’ (Levine 2015).

For those who earned their living by burglary and theft to operate under cover of darkness and they were unhindered as the police were too busy assisting the civil defence volunteers each night to keep up with the villains.

Aside from those to whom crime was a way of life other ordinary citizen who in ordinary time wouldn’t have dreamed of robbing their neighbours with doors blow off and windows missing grasped the opportunity to help themselves.

There are some well documented instances of people looting, most notably in 1941 when a bomb landed on the Cafe de Paris, where rings and jewellery were stripped off the dead bodies of

Sad to say, sometime the thieves and robbers were the very people, fireman and ARP rescue service personal, who were supposed to be helping save life and limb but who were actually the people walking off with bomb victims’ jewellery, money and even clothes.

It’s against this backdrop of crime that I’ve set A Ration Book Christmas, the second of the Brogan Family Ration Book Series. 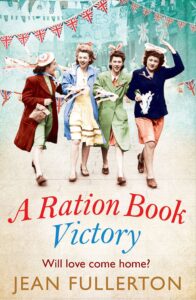 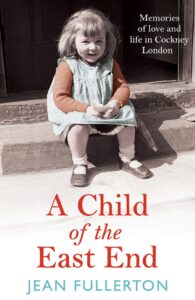