Having interviewed Sister Byrne about the new NHS I thought I might try and gage what the medical profession feel about the changes, which is why I’m in the tea shop at Liverpool Street Station 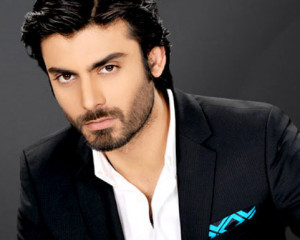 Me: ‘Good morning Dr MacLauchlan and thank you for taking the time out of your busy schedule to answer a few questions for my readers.

Dr MacLauchlan: ‘Not at all.’

Me: ‘Can I ask how long you’ve been back in the country and have you noticed any changes?

Dr MacLauchlan: My ship from Calcutta docked at Southampton three months ago. I managed to get some temporary digs in Clerkenwell but as most GP post come with accommodation I expect I’ll be moving into something a bit more homely soon.   And as to changes not so many as I’d imagined. Although, I thought the LCC would have cleared most of the bomb sites and rationing would have finished.

Me: ‘I’m a bit surprised you’re still looking for a post as I thought there was a shortage of doctors in London at the moment.’

Dr Hari: Well, yes so am I but I’ve had a few interviews and it’s only a matter of time before the right post presents itself. In fact I have an interview this afternoon which looks very promising.

Dr MacLauchlan:  ‘Just around the corner at Christ Church Surgery in Spitalfields, which is why I asked you to meet me at the station?’

Dr MacLauchlan: ‘So I’m told but I have just spent the last two years working in the slums of Bombay so I think I’ll manage once I get my bearings.’

Me: ‘Er…I hope you don’t mind me asking, Dr MacLauchlan, but do you think your background has been a problem?

Me: ‘I’m sorry if I seem impertinent but do you think being half-Indian and half-Scottish that’s made it harder for you to find the right position?’

Dr MacLauchlan: ‘Although I have to admit I’ve raised a few eyebrows amongst my more mature colleagues when I walk into the room it shouldn’t because my qualification and Army service record speak louder than my mixed heritage in this new health service.’

Me: ‘I agree and I understand you were stationed in Singapore and were taken prisoner by the Japanese. I hear you chaps had it quite rough so can you tell us a little about your experiences?’

Dr MacLauchlan: ‘I could but I’d rather not. I’m sure you understand.’

Me: ‘Of course. Perfectly. Well perhaps I can persuade you to give the readers your views on Mr Bevan’s new Health Service or as the it’s already called it the NHS?’

Dr Hari : ‘I most certainly can and in a very few words. It’s absolutely marvellous. And no more than the man and women of this country deserve after all they’ve sacrificed in the last decade. On a more personal level I took an oath to treat all illnesses according my patients needs not their purse and as I understand it, that is totally at one with the ideals and philosophy of the new system and I’m excited to be part of it.’

Me: ‘One last question if I may, Dr MacLauchlan. Is there a Mrs MacLauchlan coming to join you as soon as you’ve found a position?’

Dr MacLauchlan:  ‘There is no Mrs MacLauchlan just at the moment but—’

Dr MacLauchlan: ‘I live in hope. Now if you’d excuse me I have to be at Toynbee Hall for interview in half an hour and I don’t want to blot my copy book by arriving late.’

Me: ‘Of course. Thank you again for giving up your time and good luck with your interview and meeting the future Mrs MacLauchlan.’