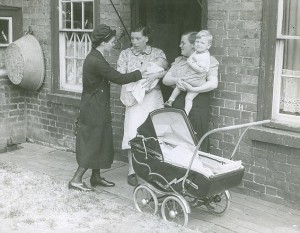 For example; the idea that a woman from a working class background would ever go to university was almost unthinkable. Rather than a career the ambition of the majority of young women at that time was to get married and have children. It was expected of them and very few people questioned it. Society supported this as girls’ education featured cookery and needlework designed to equip them with the necessary skills to be a good housewife; very different from the expectation of today’s young women. END_OF_DOCUMENT_TOKEN_TO_BE_REPLACED 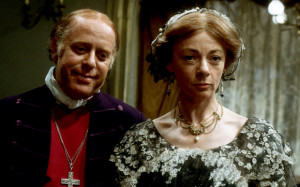 It can’t be over emphasised that in times past being an officer of the parish carried enormous status which extended to their wives who often kept a finger on the pulse of a congregation for their husbands by overseeing the welfare provision and under taking parish visiting. As I said a veritable gold mine of plot and character opportunities. END_OF_DOCUMENT_TOKEN_TO_BE_REPLACED